The End of Enterprise IT 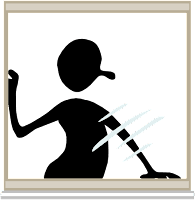 In 2015, the employees at ING Netherlands headquarters – over 3,000 people from marketing, product management, channel management, and IT development – were told that their jobs had disappeared.  Their old departments would no longer exist; small squads would replace them, each with end-to-end responsibility for making an impact on a focused area of the business. Existing employees would fill the new jobs, but they needed to apply for the positions.[1]

It was a bold move for the Netherlands bank. The leaders were giving up their traditional hierarchy, detailed planning and “input steering” (giving directions). Instead they would trust empowered teams, informal networks, and “output steering” (responding to feedback) to move the bank forward. The bank was not in trouble; it did not really need to go through such a dramatic change. What prompted this bet-your-company experiment?

The change had been years in the making. After initial experiments in 2010, the IT organization put aside waterfall development in favor of agile teams. As successful as this change was, it did not make much difference to the bank, so Continuous Delivery and DevOps teams were added to increase feedback and stability. But still, there was not enough impact on business results. Although there were ample opportunities for business involvement on the agile teams and input into development priorities, the businesses were not organized to take full advantage of the agile IT organization. Eventually, according to CIO Ron van Kemenade (CIO of ING Netherlands from 2010 until he became CIO of ING Bank in 2013):[2]


The business took it upon itself to reorganize in ways that broke down silos and fostered the necessary end-to-end ownership and accountability. Making this transition … proved highly challenging for our business colleagues, especially culturally. But I tip my hat to them. They had the guts to do it.

The leadership team at ING Netherlands had examined its business model and come to an interesting conclusion: their bank was no longer a financial services company, it was a technology company in the financial services business. The days of segmenting customers by channel were over. The days of push marketing were over. Thinking forward, they understood that winning companies would use technology to provide simple, attractive customer journeys across multiple channels. This was true for companies in the media business, the search business, most retail businesses, and it was certainly true for companies in the financial services business. Moreover, expectations for engaging customer interactions were not being set by banks – they were being set by media and search and retail companies. Banks had to meet these expectations just to stay in the online game.

ING Netherlands’ leadership team decided to look to other technology companies, rather than banks, for inspiration. For example, on a trip to the Google IO developers conference Ron van Kemenade was impressed by the amazing number of enthusiastic, engaged engineers at Google. He realized that such enthusiasm could not surface in his company, because the culture did not value good engineering.

Let’s be clear, engineering is about using technology to solve tough problems; problems like how can we process a mortgage with a minimum of hassle for customers? How can we reduce the cost of currency exchange and still make a profit?  How might we leverage Europe’s movement to open API’s for our customers’ advantage? These are the kinds of questions that are best answered by a small team of crack engineers working closely with people who deeply understand the customer journey. But at ING Netherlands, technology improvements were being worked out by people in the commercial business who would then tell the engineers what to develop. Not only is this a poor way to attract top engineers, it is the wrong way to create innovative solutions inspired by the latest technology.

The leaders at ING Netherlands decided to investigate how top technology companies attract talented people and come up with engaging products. Through concentrated visits to some of the most attractive technology companies, they saw a common theme – these companies did not have traditional enterprise IT departments even though they were much bigger than any bank. Nor did they have much of a hierarchical structure. Instead, they were organized in teams – or squads – that had a common purpose, worked closely with customers, and decided for themselves how they would accomplish their purpose.

ING Netherlands decided that if it was going to be a successful technology company and attract talented engineers, it had to be organized like a technology company. Studying the best technology companies convinced them that they needed to change – and the change had to include the whole company, not just IT. The bank had already modularized its architecture, streamlined and automated provisioning and deployment, moved to frequent deployments, and formed agile teams. But this was done within the IT department rather than across the organization, and the results were not exceptional. Now it was time to create a digital company across all functions.

They chose to adopt an organizational structure in which small teams – ING calls them squads – accept end-to-end responsibility for a consumer-focused mission. Squads are expected to make their own decisions based on a shared purpose, the insight of their members, and rapid feedback from their work. Squads are grouped into tribes of perhaps 150 people that share a value stream (e.g. mortgages), and within each tribe, chapter leads provide functional leadership. Along with the new organizational structure, ING’s leadership team worked to create a culture that values technical excellence, experimentation, and customer-centricity.

So how well did this major organizational change work? Certainly, it was not without problems. Some people did not want to work in the new environment, and there was not necessarily a role for everyone. So there were layoffs. But the people who stayed were intrigued by the new way of working and quickly became acclimated to their new jobs.

Another problem involved answering the question “What makes a ‘good’ engineer?” For this the bank adopted the Dreyfus model of skill acquisition (novice, advanced beginner, competent, proficient, and expert). It set up an internal ‘academy’ of classes – usually taught by senior engineers – to help everyone develop the skills needed for a future in a technology company.

Perhaps the biggest issue is one that anyone with a background in organizational development would expect – creating alignment across the many autonomous teams has been a formidable challenge. The bank needs to make major changes and develop breakthrough innovations; but these require coordinated action across multiple, supposedly autonomous, teams. Even the top technology companies ING bank studied have not really solved this problem. Ron van Kemenade summarized the problem this way:[2]


We had assumed that alignment would occur naturally because teams would view things from an enterprise-wide perspective rather than solely through the lens of their own team. But we’ve learned that this only happens in a mature organization, which we’re still in the process of becoming.

Despite the challenges, ING Netherlands views its new organizational structure as a significant success with sizable benefits to the company. The strategy adopted by ING Netherlands – an organizational structure composed of small, integrated teams, along with an emphasis on simple customer journeys, automated processes, and highly skilled engineers – is expected to spread to other parts of ING Bank.

[2] From: Building a Cutting-Edge Banking IT Function, An Interview with Ron van Kemenade, CIO ING Bank, by Boston Consulting Group. See also talks by Ron van Kemenade: Nothing Beats Engineering Talent…The AGILE Transformation at ING and The End of Traditional IT.